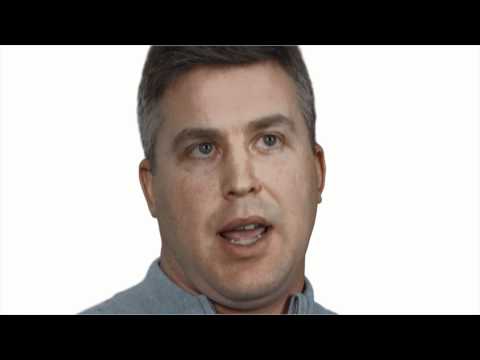 My work is centered in hospital administration, and presently I'm at the Navy Personnel Command where I'm in charge of the distribution of Navy corpsmen for the Navy I came to Dartmouth because healthcare for me is an interesting topic — It's my profession — but also because the topic is compelling for the Navy and for the world at large The Navy, like all other institutions, faces the crisis of the rising costs and the requirement to provide to high quality care And it seems to me that Dartmouth is the ideal place to come to learn about the processes that might lead to improved quality, while reducing care, at least to a sustainable level So this is as much an issue for the Navy as it is for any other company in the United States and, in fact, throughout the world

The Navy, just like the rest of the United States, is fiscally constrained We don't have unlimited resources to provide care, and the work that we do matters absolutely So inside the medical department making sure that sailors and marines, soldiers and airmen are physically ready to go out and perform their mission to defend the United States, in that the people inside of the Navy Medical Department who provide healthcare are prepared to go out and complete that mission is of critical importance And so I hope to use some of the skills that I learned at Dartmouth, as well as the contacts that I'm making in the private sector throughout the industry, to influence some positive change inside of Navy medicine, to make sure that it's not just less expensive than it might be but also that it's highly effective You know, like I say, it's a critical, compelling, important topic

It's thrilling and enthralling to be a part of it, and I think Dartmouth is the best place to do that and that's why I came here