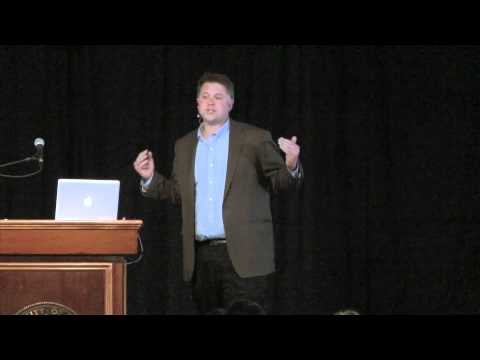 Alan Christy is a history professor who specializes in Japan he loves his work and feels privileged by the constant reminders it presents to value diversity to adopt a global perspective to discern understand and appreciate perspectives other than his own this really goes to the University of California in Santa Cruz is an amazing research university but it also provides all of its students with something beyond just the research and what you learn in the classroom I can tell you I studied biology nothing to do with public policy planning being the mayor this fine town however what it gave to me was a perspective beyond myself a perspective about giving back to the world to our community and it really does instill that in all of its students and that in part because of professors like professor Christy Alan is a gifted teacher who challenges his students to engage with history he avoids prepackaged history instead he provides primary source documents and encourages students to take charge the son of a scientists whose library was filled with almost entirely history books Alan is a passionate advocate at the humanities we're lucky to have him here with us this evening professor wow David is a tackling cancer and Terry is saving endangered species so how's the historian gonna step up to this right? (laughter) well my goal thank you my goal is nothing less than to bring peace to the world (applause) so people say why study the humanities today and let me tell you why well let me show you why let's start by looking at some pictures what do you see here do these make you curious in any way if I tell you these photos were taken in 1952 does that affect the way that you see these in any way? What if I tell you they were taken in Okinawa? During the American military occupation of Japan by an American army captain With these two photos I hope I've provoked you but what comes next? Well that's what I've asked my students in my seminar this quarter

Uh this quarter I've shared these photos and others with my students and I said to them what do you need to know to make sense these? Start asking questions So you see as a teacher my goal is to help my students see how they can make a difference in the world by acting in the real world right now right? So let me tell you a little bit about these photos because there's a sweet local connection They were taken by army captain Charles Eugene Gail Doctor Gail was a dentist by trade, and an avid and talented photographer by avocation And while he was stationed in Okinawa in 1952 he roamed the countryside with his Leica camera

And through his lens he developed a real affinity for the Okinawan people capturing wonderful images of their relationships, of the work of daily life, and of a landscape that he may not have known was about to disappear beneath the blades of bulldozers making way for a massive expansion of the American bases So these photos capture a real specific moment in time and they provide a portal to that time for my students here today because these photos are right here in Santa Cruz Captain Gail's daughter, Jeri Gail, who is here today hi Jeri, (audience applause) recently donated these photos to the University to Special Collections in McHenry Library Jeri grew up with these photos and these were her father's favorites And when she gave the gift to these photos the library she hoped that they would in gender dialogue between two peoples whose who've been bound together in a complex relationship since 1945

But why do we still need this dialogue today? More than 65 years after the photos were taken It's because of the relationship So, many of you may know that Okinawa was the site of the last horrific land battle in World War II 12,000 American soldiers died there, 65,000 Japanese soldiers perished 122,000 Okinawan civilians were killed One-third of the population

Now for Okinawans for decades they have campaigned vigorously for self-determination and for removal at the bases For many Okinawans living near the bases is means danger crime, pollution, accidents or being potentially targeted in war But there's also an appreciation in this relationship During the battle of Okinawa Japanese forces often brutalize Okinawan civilians and in many cases american forces tried to help So this is a rich and complex history

It's still vital, it still pulsing, there's room for healing, and there's pain that can be eased So the question is how are my students stepping up to this? How are they responding? Brilliantly I think They're designing an interactive museum exhibit that will bring these photos to both sides and their human stories to both sides of the Pacific Starting here first in Santa Cruz the system gallery on campus and then going to Okinawa to the Okinawan Prefectural Museum and Art Museum This is a an audacious plan this is a seminar

So our endeavor, The Gail Project, begins with the photos themselves Which my students are poring over right now generating research questions that will allow them to write the script, to find compelling stories, and to frame the exhibit And when they look at these photos the things they notice generate investigations their investigation investigating questions of gender and labor, of religious beliefs, economics, of public health issues, and ethnic identity One of the most important things we're doing with the photos is using them to gather oral histories from Americans who were in Okinawa between 1945 and 1955 And as I'm sure as all of you are aware, this is a dwindling number

So a quick appeal If you know anybody, please let me know I want to show these photos to them and get them to tell us their stories from the photos of what they remember, right? These oral histories will give us some of our most compelling voices for the exhibit When we go both here and when we go to Japan And in the process of building this exhibit my students are gaining a tremendous range of skills research skills, writing, archival skills, database management, curation, web development, and even fundraising skills because the students know that in order to get this right, in order to get the full story, in order to actually be historians, which is what I'm asking them to be, they know that they have to travel to Okinawa

And I know that they'll do it Because my students have done it before So you see how this works instead of giving them a text book or lecturing at them about the history of Okinawa What I'm doing is I'm inviting them to generate their own understanding of Okinawan history by using primary sources like the kinds of things that they will encounter anywhere in the world after they graduate And the work that they do in this, they won't be writing for me there professor, but they'll be writing for broad audience, a broad public audience that is both here in the United States and in Japan And that gives their work a weightiness that they respond to

They feel that responsibility that comes when you have to share your work with the world outside the classroom This is real learning, and they get into the nitty gritty of things they learn history while creating budgets, overcoming language barriers, collaborating with each other and with a range of professionals, learning about, learning to negotiate laws, and publishers, and privacy rights, and they learned along the way the historical thinking is linked to a broad range of professions and activities They learn that historical thinking can have an impact on the world, it can change the world Because ultimately this is about bringing people together So before we're done we're going to show these photos to Okinawans, Then we're gonna go hear their stories

And lucky for us Okinawans live a very long time (audience laughter) The average life expectancy in Okinawa is eighty-six years Rates of senility are amazingly low And that means that many of the people in these photos are still alive today, have sound mind and body, and will come to the exhibit and we will meet them Right? That's an amazing thing

And so we're already reaching out to our colleagues in Okinawa faculty and students, the media, museum professionals, working with newspapers, broadcasting stations, to produce materials that will bring Okinawans to the exhibit and tell us their stories And we're doing all this outreach so that when our exhibit, American Visions of Okinawa, the Photographs Charles Eugene Gail arrives in Japan we'll be there to hear their stories, to hear their perspectives, to learn the names that these people and to dig through their historical documents and artifacts And in doing that, we're going to engage in that dialogue the Jeri Gail was longing for when she gave us the gift This is the dialogue that's built on that intense period, when the post-war relationship between two peoples was forged, a dialogue that brings people together to listen, a dialogue for peace Thank you