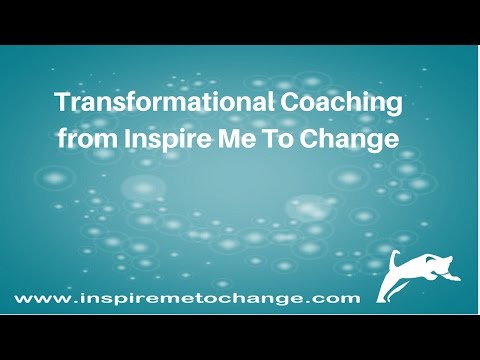 Take something like finances for example When I did a poll on this, it turned out to be the biggest thing people wanted help on If you, or someone you know spends money like no tomorrow then there is a reason for that and it is my job to understand what is behind the behaviour then help the client to overcome it Ultimately, I help people overcome phobias, fears and ingrained behavioural patterns that no longer serve their best interests This can cover anything from a fear of heights to a fear of rejection or an obsessive compulsive disorder (OCD) for example

I can also tackle the big issues such as depression, stress and anxieties You tend to find crossover between fears and compulsions and the likes of anxiety As well as being a qualified coach, I am also a neuro linguistic programming practitioner or NLP for short NLP is really effective for making changes quickly because it works with your unconscious mind So think of it like this When you make a cup of tea, you don't think, I need to get the cup, then I need to get the tea bag

I then need to put the tea bag into the cup and then I need to boil the kettle, I need to pour the water into the cup stir, remove the tea bag and then add the milk, or however it is that you choose to do it You just instinctively do it in a specific order that works for you The point here is that you are not consciously thinking about what you do, you just do it It's at this unconscious level that NLP works Changing the underlying patterns of thought to assist us, rather than hinder us and this is the key to changing behavioural patterns

Take conflict for example You know what it's like when you react a certain way in a conflict situation and then think I wish I'd said or done something differently Some people might become very defensive or react angrily while others would avoid conflict at all cost You are now most likely thinking, jeez that's me or maybe it's someone you know This is a learned pattern, but patterns can be changed and balance can be achieved

One of my favourite areas to work on though is exploring metaphysical reasons for ill health and addressing the underlying causes The mind is extremely powerful and where it isn't working as effectively as it should, our thoughts can manifest as very real physical symptoms A typical example could be where emotions haven't been properly processed by the brain I've seen health problems disappear extremely quickly even in one session whereby the client is helped to resolve an emotional issue It's for this reason, I absolutely love what I do

And when clients come to me specifically for this, it is usually for one of three reasons: 1 They've been advised by the medical profession that there is nothing further that can be done because the cause isn't physical and is therefore unexplained 2 They want to explore other alternatives Or 3, they simply know themselves that what is happening to them is mostly driven by their own thoughts and behaviours

I don't wave a magic wand and I don't tell you what to do There are many aspects that can be done content free The way I often describe it to clients is that it is less of a talking therapy, although the more open you can be, the easier it will be to determine the root cause of any issue I would say it is more like a doing therapy if anything And as with all change work, it is you the client who make the changes required, so you just need to think of me as your facilitator