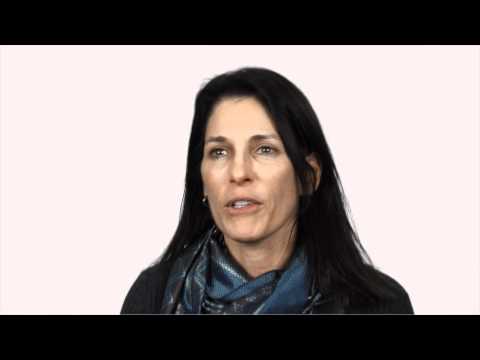 >> So my name's Bonni Curran I'm a non-practicing physician from Ketchum, Idaho

My daughter is now a '12 at Dartmouth and it was during a parent's weekend three and a half years ago that I heard Jim Kim speak about this program that was starting up And I was actually on my way back from Uganda, where we had worked in a hospital We do volunteer work; my husband's also a physician abroad in developing countries And I came back from Uganda thinking that there was so much from the developing nations that we should be probably bringing back to the United States in terms of how we look at healthcare And I had actually decided during my trip back to the states that I was going to enroll in a postgrad program to help me understand better public policy and health policy

And then I heard Jim Kim speak of this vision of a programmer who's actually going to take the Tuck Business School and TDI and combine it in one program to do this amazing thing And I thought, wow, that's really great; I should talk to him about that So fast forward two years later, and I was in the first class And I think there are very, very few things in life that exceed your expectations, and this program, it's been six months, has been amazing because it's opened up areas not only to personal knowledge but in what I can do that I just never thought was possible And it's not just the professors who are incredible but it's the people that are in the program and the constant give and take that goes on every day, whether I'm in Cambodia or Liberia or wherever in Ketchum, I can communicate with my classmates, the professor

There's live teaching, there's on ground And it continually stimulates me to think bigger, but bigger in a way that's approachable and doable, so that when we returned to a hospital in Cambodia where I had worked a year ago and we went back a month ago, we were able to do not only medical teaching but we were able to help them organize a system of delivery of care that was better And we're not doing it for anybody; we're just sharing the same things we're learning here The opportunities that this program offers are just unique There's nowhere else like it, and it's unique because of who's here and the backup that Dartmouth can give you and the reputation that it holds, internationally as well as within our own community