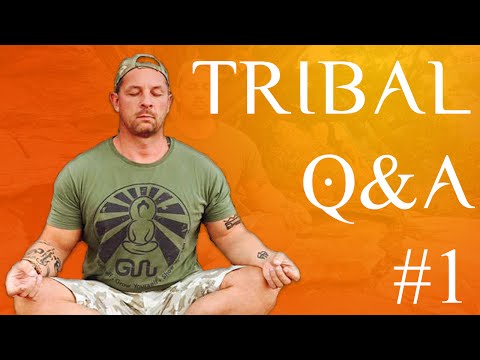 Hey Tribe, it’s me Dax coming at you live and direct from Pucket Thailand I am sat around the pool as you can see there's somebody swimming behind me here

I'm about 36 hours out from the GuRu Project now so I am kind-of moving into GuRu Project mind-set right at this second But, I wanted to take a couple of minutes to answer another Q&A is from Scott Helmer Scott said he recently did a 4-week pilot program to test out how he was coaching and how everything was going to be received in advance of him building up to a 12-week program that he wants to deliver quite soon The question was related to some feedback that he got that is was maybe a little bit too teachy and less coaching and so that the question is about how to balance giving away valuable content but without coming across overly teachy, overly instructional rather than as a coach I think it's a pretty simple one when you really think about it

What distinguished a coach from a teacher is that a coach is asking questions all the time, a coach spends at least 80-9-% of the time asking questions and only a small amount of time giving guidance, giving very specific strategies or any of that kind of stuff That's what makes a coaching a very personalised one verses an off the peg, cookie-cutter, where everyone is doing exactly the same thing Traditionally this is a really hard area to get the balance in as when we are not coaching, when we're not looking eyeball to eyeball without clients and they have not got the individual feedback it makes us move into a zone that I call pseudo coaching It's not really coaching because that pre-automated stuff doesn't lend itself to truly being called coaching There is no interactivity

So, here's how I think and how I've traditionally tried to do it in my programs and they have worked really, really well online particularly since I have started to do this more It's to position yourself as the person who is responsible for the extraction far less so than the instruction That's really what coaching is An instruction, a teacher, on the one handhere's what you have to do, here’s how you have to do it, here's when you have to do it by, I’m holding you accountable etc For me that's not really what a coach does A coach doesn't tell people what to do, a coach doesn't have to hold people accountable As a coach we are working with other grownups, people who are taking money out of their own pocket

My personal belief is that our job is not to hold people accountable, our job is to create a lot more tools than specific rules So, how do we coach? We coach via extraction not by our instruction My advice to you Scott and anyone else who is looking to do anything online is to look at how you can create an extraction based experience where if you want to put it that way the only instruction part of it is about the importance of this particular piece of work "Hey guys in today's lesson we are going to discuss relationships and the roles that they play in helping you to create the life that you want" And now you go into an overview into the importance of relationships, an overview into the importance of looking at why ignoring relationships is setting you up for failure So you are instructing a principle but when it comes to the other part of it you give no answers, you don't tell them what they have to do to fix up their relationships you simply guide them through a series of questions which allows them to come to their own conclusions and reach their own clarity about things rather than it becoming instructional

I think that's a very simple way to do it It is also a lot more authentic in a lot truer to the entire premise of coaching which I believe is an extraction based business that we are in An extraction based profession instead of a "you have to do this and I am going to hold you accountable" So Scott, I hope that makes sense An extract rather than instruct where you are instructing and teaching, but instruct around principle and importance but don't teach to the answer

Teach up to the question I hope that makes sense, take care